I have got lots of ideas in my head about what to write about this week but where to start? One of the main things that got to me this week was the attitude of those who don’t vote because they say whatever happens won’t affect them. One local seat was lost by fifty votes and I wonder how much difference it would have made if those who did not vote had actually gone and voted. Many years ago only men who owned property could vote and then it became all men as long as they were employed. Eventually women were able to vote as well. We owe it to these ancestors to use our right to vote which they fought for.

Another thing that got to me this week is how brainwashed a lot of people are. They seem to think that what they read in the papers and hear on the television or radio is the truth. They are not able to discern fact from fiction. Our local paper had a wraparound cover the other day paid for by the Tory party. I found it rather offensive but then the newspaper is owned by a large firm who will do anything to get more money. The money that paid for this cover in many other newspapers too, could have gone towards our health service and helped many people.

I try to keep politics out of my writing but I want to see a fairer world where children do not go hungry, where education is good and free and where our health service is available to everyone. We should not be seeing homeless people on the streets or people having to use food banks. As a population we should be moving forward and looking towards a better, fairer future, not moving backwards to what life was like in the Victorian age and before. What went wrong I often ask myself. Where did we become complacent about our government and when did we stop believing that they had our interests at heart? How can we help others to learn to discern truth from lies and find out the best way to get things changed? I’m not sure it will happen in my lifetime but I hope it happens soon so our children and grandchildren have a decent future to look forward to. 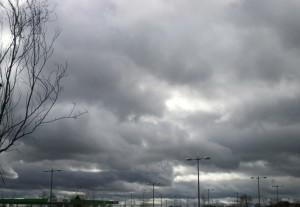